Palermo Teatro Massimo ‘’Vittorio Emanuele’’ is by far the biggest theatre not only in Italy but one of the largest in Europe. With its ancient and neoclassical exterior, it is situated on the site between  a Church and a Monastery, demolished at the end of 1800’s in order to start the construction of this prestigious theatre. The front of the theathre resembles a classic temple. A delicate flight of steps leads up to a sabled vestibule hold above six corinthian tuff columns  on a podium with a monumental staircase adjacent to two bronze lions ridden by the allegorical representation of Opera and Melody. Surrounding the theatre is a huge dome with a metal spine which thanks to a modern system of rollers, is able to move along allowing brilliant acoustic in climate changes. 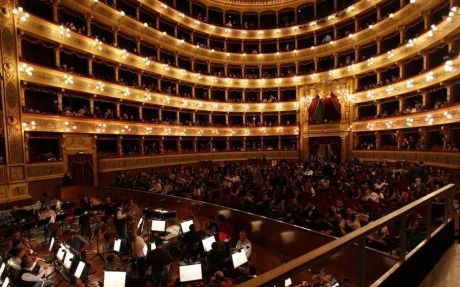 The use of columns and arches is repetitive but only in order to create a representation  of a classical era. The gallery of the theatre is able to hold up three thousand viewers, as it has five floors of boxes. For a long period the structure was abandoned, although now it is very much alive and kicking, hosting operas, musicals, plays, ballets, classical and contemporary dance productions, exhibitions and several activities filled with culture of Palermo.

The exterior of the Theatre  Massimo Vittorio Emanuele has a pediment on the front that reads:

The art and reveals the people renew their lives. Compartment of the scenes where the beloved is not intended to prepare for the future. 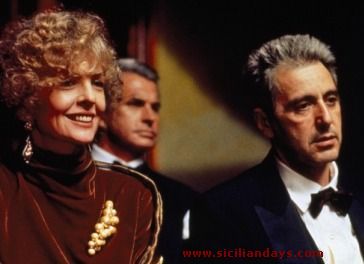 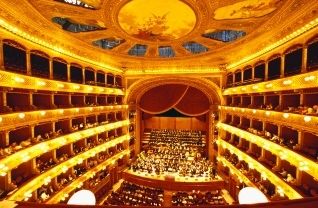 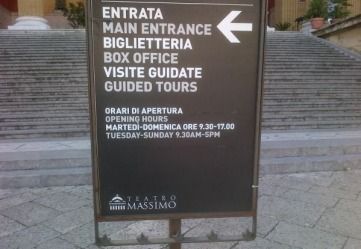